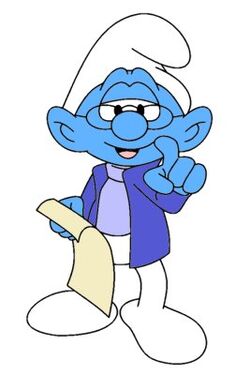 Stories that are currently part of the series:

The desired animated style of the series would be a cross between the CGI style Smurfs used in Sony Pictures' live-action The Smurfs series and the CGI style Smurfs used in the Smurfs: The Lost Village film, with elements of Disney/Pixar's Brave used for depicting scenery. Humans and various creatures would appear as close to their original cartoon depictions as possible.

The desired instrumental soundtrack for most of the series would be similar to that of the music composed by Heitor Pereira for Sony Pictures' 2011 The Smurfs movie. Ideally, the soundtrack shouldn't overpower the dialogue as it did for the 1980s Smurfs cartoon show, but should show the proper dynamic as the situation in the stories change and remain muted whenever there is dialogue going on between characters, much like how the later Star Trek series used their soundtracks in each episode.

Community content is available under CC-BY-SA unless otherwise noted.
Advertisement