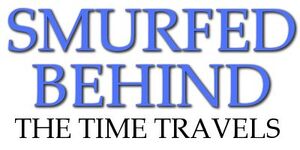 As with the Season 9 episodes, the premise of the stories is that Papa Smurf is trying to find the correct alignment for the chronosyte crystals that were salvaged from the Key Of Chronos so that he could open the portal that would take his little Smurfs back home to their own time period. The main difference here is that the entire village has traveled back in time, including Puppy and Smoogle, and that Empath and Polaris were left behind in the present time.

NOTE: The story titles will most likely be changed to reflect whatever changes may happen in the stories from their original versions.

A combined adaptation of "The Smurfs That Time Forgot", "Lost In The Ages", and "Cave Smurfs".

The story is pretty much identical to the original version, except that Tapper is very much aware of the shamrocks and is the one who prevents the other Smurfs from eating the shamrock stew that Greedy made. Notably Tapper's clothes don't change when he appears in this time period and geographical location.

A two-part story adaptation of both "Hogapatra's Beauty Sleep" and "Mummy Dearest".

A two-part story adaptation of both "Karate Clumsy" and "Papa's Big Snooze".

Notably Duncan McSmurf's clothes don't change when he appears in this time period and geographical location.

Notably Duncan McSmurf's clothes don't change when he appears in this time period and geographical location.

Notably Sculptor works on the statue that becomes Grouchus Smurfus instead of Painter in the cartoon show.

A crossover story with Star Trek: The Next Generation, as the Starship Enterprise crew encounters a rogue Cardassian commander named Gul Gamel.

The Smurfs appear in an old mining town in 19th Century Southwestern United States and help protect a couple who is just settling into the community with their future child.

Retrieved from "https://smurfsfanon.fandom.com/wiki/Smurfed_Behind:_Time_Travels?oldid=68614"
Community content is available under CC-BY-SA unless otherwise noted.